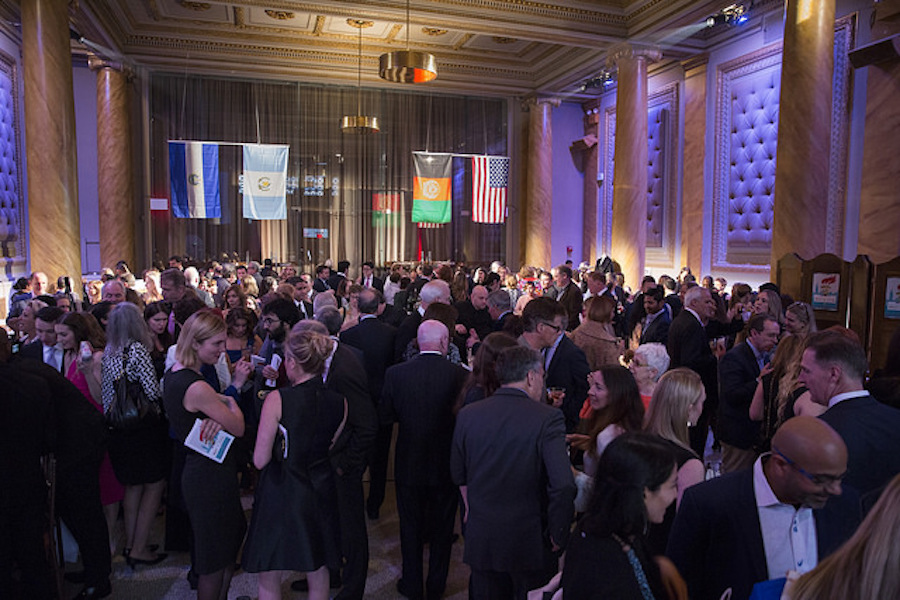 The evening paid tribute to Deborah Jackson, CEO and founder of Plum Alley Investments, as the 2016 Leader of Economic Impact. Top-notch Gold Medal martinis along with Olympic Torch spirits opened the ceremonies with a silent auction cocktail hour. Guests raced to make offers on such items as a week in Antigua, Guatemala; two tickets to the award-winning “Hamilton” on Broadway, complete with a backstage tour; and a super-fashionable Maiyet handbag and coat. 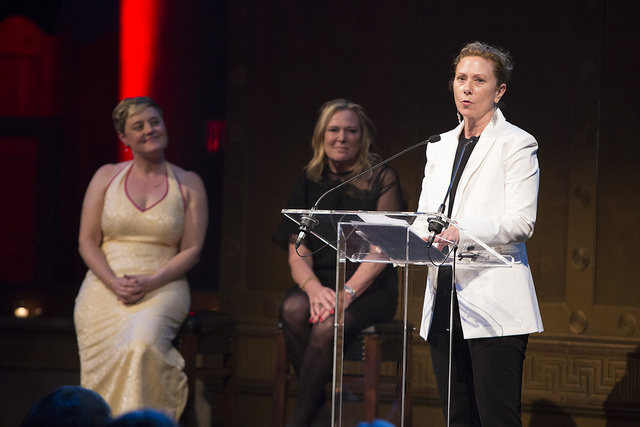 The perseverance of the Gala Committee and volunteers shone throughout the evening, from the lively presentation of more than 90 auction items, to the giving of the first annual 2016 Plum Alley Innovation Award to Fast Runner mother-daughter team Josselyn Coreas and Celina Maria Castillo of Pronavid, to the elegant dinner and fabulous entertainment. Guests also sampled Salvadoran pupusas, prepared on site. 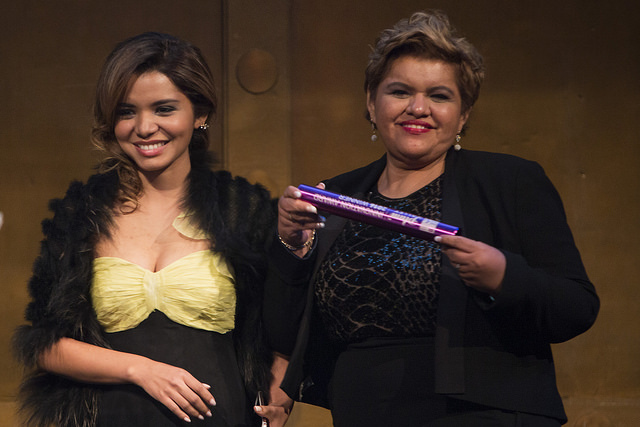 A parade of torch bearers made way for Bpeace CEO Elizabeth Crowell who welcomed Selby and Lucy Drummond to the podium to introduce their mother, Deborah Jackson. Board Co-chair Kate Buggeln then honored Deborah as Bpeace's 2016 Leader of Economic Impact, with the creation of the Plum Alley Innovation Award presented to Pronavid. After a video of Fast Runners in action, the excitement surged with live auctioneer Alan Kalter. 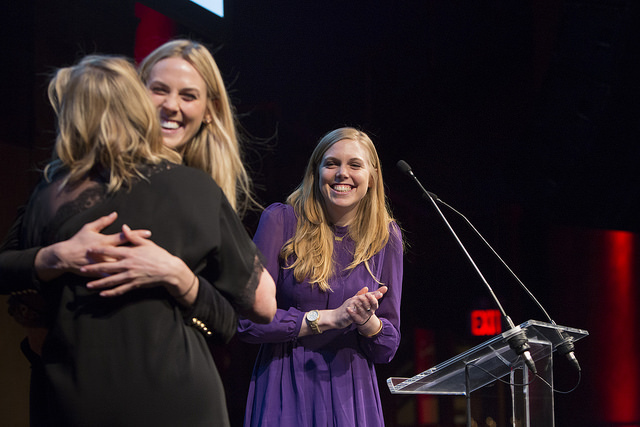 Bpeace took the Gold for a record-breaking fundraiser and the crowd's enthusiastic support of jump-starting 75 new Fast Runners in Afghanistan, El Salvador and Guatemala. Another victorious Gala. 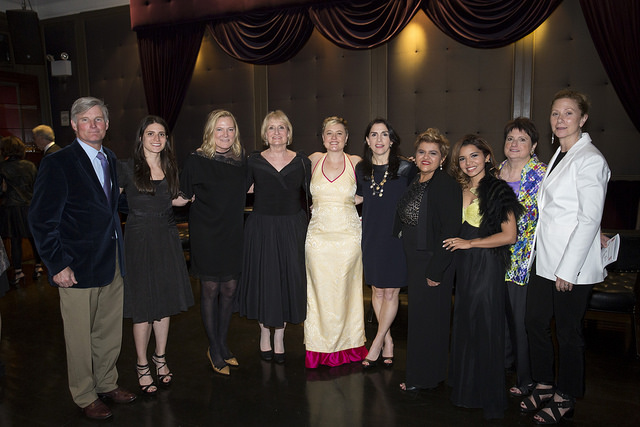 Finally, a thank you to our Auction Donors:

Baby in the Family

The Nightly Show with Larry Wilmore