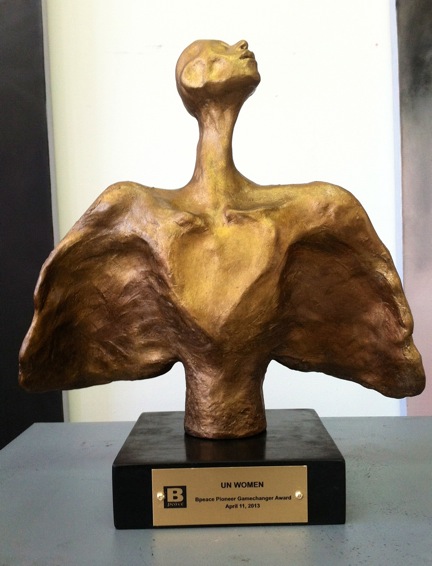 We wanted something very special to present to our Bpeace Pioneer Gamechangers at our Gala celebrating Bpeace's 10th Anniversary.

An ordinary trophy or a certificate, just wouldn't do. Ever the marketer, I envisioned something that would stand out in the offices of our winners, and would compel visitors to ask them, "What's that?" 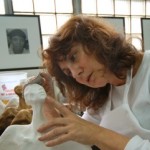 Keeping it all in the family, I reached out to former Bpeacer Anne Kellett, who was active in the early days of Bpeace, and now is a full-time artist. Anne jumped at the chance to have her work grace the offices of UN Women, the U.S. State Department and dressbarn.

The result is a bold figure, with a 12-inch wingspan, weighing at least five pounds.  Anne described her intent: "The most important aspects of the award is the heart, representing the first thing that must be open in order to help; the wings, representing a dove's wings for peace as well as spread open for protection; and finally the head representing looking to the future as well building one by sharing intellect." 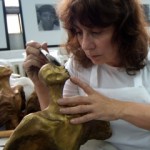 Anne applying the bronze patina.Anne first sculpted the awards in clay. Then a rubber mold was made and the sculptures were cast in hydrocal and given a bronze patina.

The result is stunning! Anne is keeping the mold for us, and has one extra award in storage. Who can we honor in 2014?