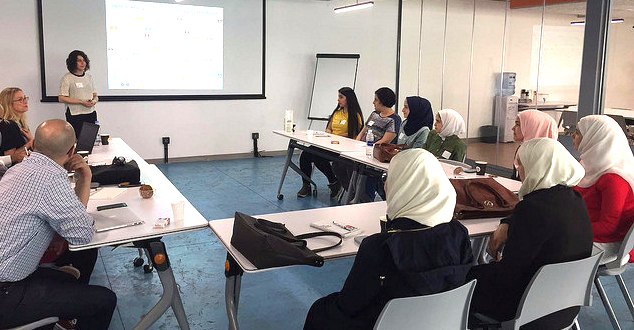 With the support of our grassroots donors and Skillanthropists, Bpeace launched the 2018 Pathways to Business program in Lebanon, working with 19 young women--nearly all refugees from war-torn Syria.  A team of traveling Bpeace Skillanthropists returned from Lebanon in May.

The Syrian war has driven more than 2 million refugees into Lebanon, straining social systems and producing a national unemployment rate of 35%.  Job creation is essential; both right now in Lebanon and eventually back in Syria where many of the refugees hope to return.

Coming together from San Francisco, New York and London, our Skillanthropists Ann Callison, Michael Naimy, Rena Fried-Chung, and Bpeace Strategic Advisor Marla Gitterman came away from the trip with a sense of awe at this latest group of Bpeace Fast Runners.  A few of their observations:

As much as we’d love to introduce you to some of the Fast Runners and share their pictures and their stories, theirs is a culture of modesty and privacy, which of course we respect. 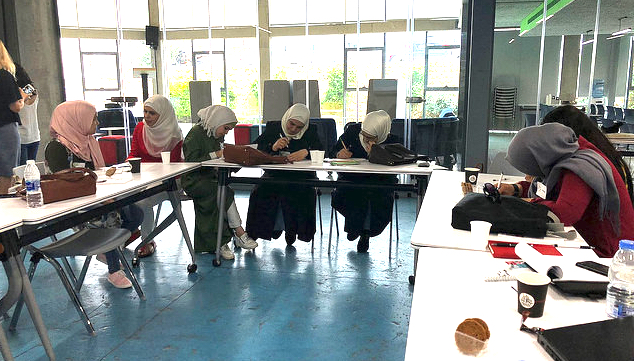 But let us assure you, they are very much aware of how important it is for them to have a network of supporters just like Bpeace donors and Skillanthropists, standing behind them. So on their behalf, we thank the entire Bpeace network for making this program possible.  We will continue to update you as the seeds you’ve helped plant blossom into jobs and peace.